In this series we present real issues and situations. Names and identifying details have been changed to respect the privacy of the individuals involved.

Bill Johnson, founder and owner of an international auto parts maker, was introduced to Creaghan McConnell Group by another client in the same industry. Bill was open to meeting because he’d been told of CMG’s success in helping other business families like his.  But Bill’s  primary concern wasn’t insurance at that moment. Instead, he was struggling with his estate and tax plan and how the business would be owned after he was gone.

Bill had been shown how he could completely eliminate his very large estate tax liability by donating a large share of his business to charity. In his case, this meant donating 50% of his company shares ($500 million). Although he understood the positive tax result, Bill was uncertain about the practical consequences of such a large charitable gift, including what it meant for the operation of his company going forward.

As discussions with Bill continued, it became apparent that part of his original thinking behind the charitable estate plan was that he was also unclear about how, or even if, his children would connect to the business after he was gone.  With no obvious family successor to run the business, and none of his children seemingly interested, Bill was confused about next steps.  He was open to hearing about strategies that other families had considered – ones that might work for both his business and his family.

To start the process, CMG arranged to meet with each of Bill’s family members to discuss their personal and professional visions. The goal of this exercise was to facilitate an engaged family conversation about the business.  By surfacing the real concerns and wishes from each family member, CMG was able to create a platform for effective decision-making within the family. Bill was very much on board with this process after it was explained to him.  He’d tried many times on his own to generate this family conversation, but hadn’t been successful.  In fact, Bill was very interested to know what his children were thinking.

Meanwhile, CMG’s financial team helped Bill and his advisors get a handle on the potential financial costs of his charitable estate plan, together with the alternatives for funding. Bill hadn’t considered, for example, how the annual disbursement quota of 3.5% would be funded after he was gone. Would the company start to pay a dividend to all shareholders?  At current values, that would require an annual dividend of $35 million.  How would the company produce this money?  Would it be forced to increase borrowings? Would this be affordable over the long term?  Could the company still achieve its growth objectives?  And, most importantly, what were the alternatives?

CMG used various tools to model different financial outcomes for Bill and his advisors, including the Johnson Family Funding Model and interactive graphs. One early discovery was that the cost of paying an annual dividend of $35 million was higher than actually paying the tax.

With robust financial modelling tools available, Bill and his advisors were quickly able to compare costs for different strategies.  Through that process, Bill was then able to explore a complete range of funding options, including a blend of donations, life insurance, and self-funding. The model was developed in a way that allowed for an annual update to track the financial requirements (and funding) of Bill’s estate plan every year.

As meetings with the family progressed, it became apparent that many of Bill’s children did indeed have an interest in the business and its future –though they weren’t necessarily interested in working at the company immediately.  In essence, the family members decided they wanted first and foremost to be good owners, stewards for the future.  Bill began to consider the possibility of professional management for the company, with family as owners and board members.  The more he considered it, the more he liked the flexibility of that plan.

With this new vison in mind, the family decided to focus on a “rulebook” for ownership.  With guidelines understood and in place, Bill’s children would be aware of their roles and responsibilities in the event of his sudden or premature passing.

With increased clarity and confidence about the plan for future ownership of the business, Bill was ready to address a renewed approach for funding his estate tax requirements. He decided to reduce his donation to a more manageable 10% of his shares ($100 million) and to acquire as much life insurance as possible to fund the balance of the estate tax liability ($150 million).

CMG’s insurance team went to work with Bill ’s financial advisors to design an insurance program that would be manageable for the business. Bill had ambitious plans for business growth, including operations in Asia, so it was important to keep the cash outlay required for insurance as low as possible.

Next, CMG organized an underwriting process involving major Canadian insurers. Through a “controlled auction process” – where insurance carriers and reinsurers receive specially designed bid packages – Bill managed to obtain the capacity he was looking for at the best pricing possible.

The net result of this process was to reduce Bill’s funding costs by over 80%, and thereby preserve valuable capital to reinvest in the business. 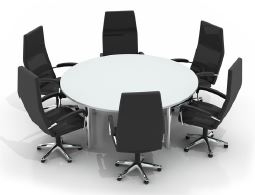 After updating his estate plan, and completing the funding exercise, it made sense to Bill to implement a process for annual review that would ensure consistent updates in the future.

The first step involved briefing executors and senior management (many of whom did not really know about Bill’s plan and what to do if he was no longer there). Bill wanted a well-understood succession plan in place that would allow his family, executors, and advisors to be aligned if he were no longer able to lead the company.   He also wanted input on the plan from his key people.

The next step was to develop a customized report (The Johnson Family Capital Review) that would allow for annual updates and input.

The final step for Bill and his family was to introduce a more permanent role around what Bill called “managing the business of the family.” In essence, Bill felt there was a need to create a Family Office to support the structure and the new working relationships in the family.

As the business was growing, some of Bill’s family members were moving into leadership roles. It was determined that Bill’s leadership team and office required greater organization. With the alignment in place, a central command post was necessary to run all aspects of the business of the family. CMG assessed the design of the family office, as well as the resources required. This gave Bill the design he could build out further as the family evolved.

In the end, Bill was able to move off a plan he hadn’t really warmed up to — the philanthropic strategy to donate half of his company to charity — and instead was able to fund his estate tax requirements in a better, more cost-efficient way. Along the way, Bill was also able to enhance the levels of communication amongst his family, develop a Family Capital Review which ensured continued alignment with his family and his key advisors, and also begin the process of building out his family office.

Bill described his success by saying he was happy to be able to properly focus on both the future of his business as well as the ‘business of the family.’