Our latest case study highlights a significant tax issue faced by many successful families –“the liquidity challenge.” Names and other key identifiers have been changed for privacy reasons, but the situation and key issues presented here are real.

Intuition – or a “gut instinct” – is a wonderful thing that can often lead us in fruitful directions. But it’s not foolproof. Our instincts (some might call them “biases”) can sometimes blind us to strategies and actions that benefit us.

The use of life insurance by successful business families is one example.

It may not seem intuitive, but life insurance can play a critical and cost-effective role in the estate planning for even the wealthiest of business families – in almost all situations. This case study explains why.

ASSET RICH – AND SO MANY OPTIONS 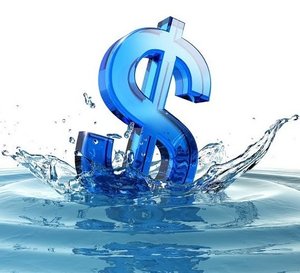 When he needed to think, Ray Smithson often sat on the terrace of his condominium overlooking the harbour in downtown Vancouver.

It was on the 40th floor with a wraparound view of both the city and the sea. It was a beautiful fall day, and he had a clear view of many of the Vancouver’s signature buildings, several of which he owned.

What concerned him today was a phone call from one of his two sons. Both were active in the family real estate business, with excellent knowledge of how the business was structured and managed. David, the one who called, was the analytical one – and he’d been talking to Tom Gerrolds, former CFO and now the lead advisor in the Smithson family office. David was concerned about the tax liabilities related to their estates, both for Ray and his wife and also for himself and his brother.

“What now,” Ray thought. For years he’d run his business based on gut feelings and handshakes. This next generation seemed to overthink and over-prepare for everything. He wasn’t sure he was ready for another manufactured crisis.

Ray had just turned 70. He’d spent his 40s and 50s building the bulk of his real estate holdings. The past 10 years had been focused on developing and finalizing an estate freeze strategy that deferred taxes on future business growth to his children. Now, he wanted his 70s to be financially worry free, transitioning the business to his sons and enjoying his role as advisor and mentor, not as leader.

But times had changed . Ray knew that if he was going to successfully transition his business to his sons – and keep it in the family – he had to change with the times as well. So, Ray had listened to David earlier that day. His boys were now in their late 30s and had gained experience and considerable business savvy over the past 10 years.

The issue was that David’s proposed solution to the estate tax liability issue was centred on life insurance, and that was difficult for Ray to swallow. He’d never liked the idea of life insurance and was proud of the fact that he didn’t need it. Over the years, he’d found insurance agents to be pushy, probably over-paid, the insurance expensive, and the need for it often questionable. It was a low-end strategy that didn’t belong as part of a multi-billion dollar empire.

As it happens, Tom Gerrolds, as family office leader and long-time advisor to the family, had attended recent seminars where the use of life insurance in the estate planning of high net worth individuals had been explored in detail. It was apparent to him that many of Canada’s wealthiest families had in fact implemented significant life insurance strategies. Tom studied the issue further, looked at the advantages, and did his own preliminary due diligence. He then brought his learnings to David, who immediately saw the opportunity: the cost of their current plan to fund their family estate tax liability was much higher than it needed to be – and it could cost the business in other ways too.

At the very least, they needed to look at the alternatives.

Ray was a self-made man. He started his real estate business in his early 20s, leveraging a small amount of money he’d received from his grandmother into several houses in Vancouver in the 1970s.

He continued to buy and leverage properties, moving into the commercial sector and eventually into real estate development. He now owned properties in Canada and the United States. As cliché as it was, he had a knack for buying low when values were distressed and selling high, when multiple buyers were clamouring to purchase. He defined the term opportunistic investor – and by 2019 his holdings were valued at more than $2 billion.

With the high value of holdings and the end of his career in sight, Ray knew he had to address estate planning issues. He’d benefited from the expertise of some of Canada’s top tax lawyers and accountants. They had estimated Ray’s estate tax liability at just over $200 million – and had put an estate freeze in place to defer the tax on future growth to his sons.

To cover his own tax liability, Ray ensured that the crown jewel of his portfolio – a Class A office tower in downtown Vancouver – remained unencumbered. Its value exceeded the estimated estate tax liability and he took comfort in knowing that the proceeds of sale, or a mortgage on the property, would easily cover any tax owing upon his death. 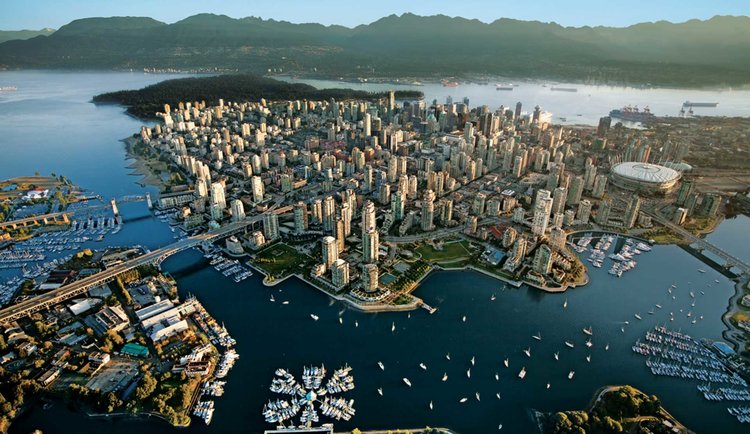 BUT WHAT ABOUT COST?

While the current estate plan covered the tax liabilities, David’s concerns were “at what cost?” and “were there less expensive options?” Unlike Ray, who was winding down his active management of the business, David and his brother were looking ahead at careers spanning 25 years or more in the family business. They were in it for the long term and wanted to ensure maximum flexibility for a business environment that they knew could change quickly.

While Ray had always relied on his gut instinct in building his wealth, his son David prided himself on thoughtful research and fact-based decisions. The two approaches clashed at times, but Ray had grudgingly come to appreciate the value of David’s way of thinking as he took on greater responsibilities in the business. While Ray could sometimes become frustrated by the “endless thinking”, their two approaches complemented each other and had led to some great successes.

The estate issue was a case in point, and David had done his due diligence. In addition to his conversation with the family office advisor, a fellow real estate owner had put David in touch with Creaghan McConnell Group (CMG), a specialist in dealing with business families. CMG had provided him with additional information and options involving life insurance-based strategies.

David liked what he saw with this alternative approach and had raised the issues with Ray during their phone call. And that had led to Ray’s time on his terrace, thinking about what David had said. He had to admit, the alternative approach, on the surface, made sense.

This new thinking caused Ray to kickstart a series of meetings. Over the next several months, the family office worked with Ray’s financial advisors and CMG to examine the merits of a life insurance-based approach. They all agreed that the tax deferral strategy put in place by his advisors several years ago remained sound. What they were now considering was a supplemental plan to ensure that there was “more affordable liquidity” when an estate tax liability arose.

The plan consisted of two pieces:

Over the next several months, Tom Gerrolds, with David’s support, worked with CMG and their other advisors to put the plan in place. To Ray’s amazement, the strategy yielded tens of millions in savings. And for his sons, it brought much greater flexibility to the business through the “de-coupling” of business assets from the estate tax liability.

Today, when Ray looks out from his terrace, he can see his Class A crown jewel building on the Vancouver skyline. He’s glad that it won’t be needed to cover estate taxes, and that it will remain part of his legacy – and his business – for years to come.