Part of my summer reading included Shoe Dog, a Memoir by the Creator of Nike by Phil Knight. I started out looking forward to a full history of one of the world’s iconic companies. By the end, I realized that Shoe Dog had delivered much more than imagined.

As Bill Gates wrote in his own review, Knight’s story “is a refreshingly honest reminder of what the path to business success really looks like. It’s a messy, perilous, and chaotic journey riddled with mistakes, endless struggles, and sacrifice…” While I agree with Gates’ assessment that it doesn’t seem Knight specifically set out to teach us anything, I do think he conveys some important lessons about starting a business and the essence of entrepreneurialism.

I was particularly interested in these lessons because Creaghan McConnell Group is privileged to support some of Canada’s own business–builders – each of them unique versions of Phil Knight to some degree. We call the leaders of these business families ‘builders’ because they’re passionate about a specific idea and building a business around it. They’ve endured their own chaotic journey (and sacrifices) along the way. And they are especially passionate about wanting the business to endure beyond just them.

It struck me that my key learnings from Shoe Dog are the same traits that show up in many of Canada’s business families as they build and nurture their own enterprises. And they inspire me as I work with my partners in growing our own firm.

HERE ARE FIVE ‘BUILDER’ LESSONS I TOOK AWAY FROM PHIL KNIGHT’s JOURNEY AS AN ENTREPRENEUR:

Entrepreneurs need to be utterly convinced that what they’re doing is worth doing if they expect anyone else (customers, suppliers, employees) to join them in the cause. Knight false-started a number of times in selling an array of products and services before finding his calling with running shoes. He called building a shoe company his ‘Crazy Idea’ – and then spent the next four decades seeing it come to fruition. His belief in the idea never wavered.

“So why was selling shoes so different? Because, I realized, it wasn’t selling. I believed in running. I believed that if people got out and ran a few miles every day, the world would be a better place, and I believed these shoes were better to run in. People, sensing my belief, wanted some of that belief for themselves. Belief, I decided. Belief is irresistible.”

Entrepreneurs rarely set out to build a business purely to make money. This tends to be a positive outcome, not their founding purpose. Instead, they’re passionate about creating something and making it theirs – and the business grows from there. Early on, Knight was the sole U.S. sales representative for a Japanese shoe brand. While he experienced some early success, he soon realized he wanted to move from simply selling shoes to creating them.

“I wanted to build something that was my own, something I could point to and say: I made that. It was the only way I saw to make life meaningful. When you make something, when you improve something, when you deliver something, when you add some new thing or service to the lives of strangers, making them happier, or healthier, or safer, or better, and when you do it all crisply and efficiently, smartly, the way everything should be done but so seldom is—you’re participating more fully in the whole grand human drama.”

3.   Builders push themselves to constantly improve.

Over time, Nike built a culture and reputation for continuously evolving and iterating. Knight was never satisfied with success, always trying to make the next advancement in building a better running shoe. For example, his partner, Bill Bowerman, tinkered for years with a waffle iron that ultimately enabled Nike to build a better, lighter sole – and allow runners ‘a better ride.’ This passion for quality improvement became an essential part of Nike’s ethos.

“I look back over the decades and see him toiling in his workshop, Mrs. Bowerman carefully helping, and I get goosebumps. I wonder if he knew, if he had any clue, that he was making history, remaking an industry, transforming the way athletes would run and stop and jump for generations.”

Even as Nike grew, Knight and his small management team kept a close check on their egos. They never took their success for granted, and even lived in fear that the growth would stop. They started every year like they had to prove themselves all over again, regardless of how good the results from the year before were. This humility also became part of the Nike fabric – and it’s a trait we often see in the families we support.

“Undoubtedly, we looked to the casual observer, like a sorry, motley crew, hopelessly mismatched. But we had an inborn need to prove ourselves, to show the world that we weren’t hicks and hayseeds. We were nearly all merciless self-loathers, which kept egos in check. There was none of the smartest-guy-in-the-room foolishness. Hayes, Strasser, Woodell, Johnson, each would have been the smartest guy in the room, but none believed it himself…”

5.   Builders have a passion to achieve, to endure.

Knight faced his fair share of obstacles – from bankers, suppliers, regulators, competitors, and of course his own self-doubts. There was always something that seemed to block Nike’s path for truly taking off. Through it all, Knight was relentless in persisting, never stopping, continuing on, what he called “competing like our lives depended on it.”

“I went back to asking the deep questions. What are we trying to build here? What kind of company did we want to be? I would search my mind and heart and the only thing I could come up with was this word – “winning.” Whatever happened, I just didn’t want to lose. Losing was death. (Nike) was my third child, my business child… and I simply couldn’t bear the idea of it dying. It has to live, I told myself. It just has to. That’s all I know.” 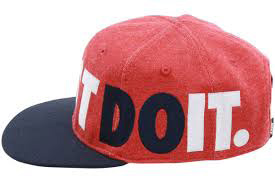 This relentless passion for winning – and, in fact, each of the lessons identified above – paid off for Phil Knight.

Today his ‘crazy idea’ is one of the most recognized brands in the world, a company with 62,000 employees and $32 billion in annual revenues (2016).

And he remains an inspirational example for anyone building a business.

Peter Creaghan is a CMG co-founder and partner.