Mars is America’s third-largest private corporation. With worldwide revenues of $33 billion, it’s in the top 100 of all American corporations, public or private. Remarkably, though, Mars has always been 100% family-owned – currently by the three aging offspring of Forrest Mars Sr. After two highly unorthodox successions – first, between Forrest Sr. and his father, Frank Mars; and then after Forrest abruptly retired in 1973 – the Mars family has learned some valuable lessons as they survive (and thrive) into the fourth generation of family ownership.

Mars is one of the world’s great family business dynasties. The founder’s grandchildren (Forrest Jr., John and Jacqueline) are now in their ’70s and ’80s and are the third richest siblings in the world, each worth $17 billion.

And it has all been accomplished without tapping public markets for financing.

Mars is anything but publicly traded. After three generations of ownership, it’s 100% family-owned – and committed to remaining so through the fifth of its famous “Five Principles,” namely Freedom:

The Five Principles derive from the extraordinary business career of Forrest Mars Sr., the man who built the Mars we know today. Forrest was laser focused on what, at the time, were unconventional principles.

These principles were part of Forrest Sr.’s unyielding quest for perfection. Now prominent on the company website, in Forrest’s time the Principles were a handsome 24-page brochure found on tables in every factory.

The brochure identified five lofty themes — Quality, Responsibility, Mutuality, Efficiency and Freedom — that he believed were the cornerstones to success.

When implemented, the principles led to unorthodox business practices, including the rejection of status and bureaucracy (no executive offices, and every employee punches a time clock each day), a privacy policy that forbids all 72,000 employees worldwide to talk to outsiders about the company’s work, and a compensation system in which every employee receives efficiency bonuses.

What’s most astonishing about Forrest Sr.’s remarkable career is that the company’s founder, his father Frank, never intended for him to be his successor. In fact, for almost 30 years it appeared that Forrest would have nothing to do with Mars at all.

The family-owned Mars story is remarkable because it happened in spite of — not because of — the wishes of the founder.

Frank Mars was more inventor than industrialist. He bankrupted three candy businesses before creating a manufacturing masterpiece, the Milky Way bar. It was cheaper to produce than its competitors, customers loved the taste (it sold with no advertising) and Mars’s sales skyrocketed to nearly $800,000 by 1924.

Under Frank’s leadership, the company did well but never expanded beyond the U.S. or the candy business. Forrest Sr., Frank’s eldest child, had no desire to simply maintain a successful business. He had an industrial engineering degree from Yale, a visionary mind, and unstoppable ambition.

Forrest joined his father’s business in 1929 at age 25. He helped his father expand the company nationally, and didn’t want to stop there. Forrest tried to persuade his father to give him one-third ownership in the company, as well as the go-ahead to crack the Canadian market. He had an unwavering drive for expansion: “I’m not a candy maker,” he announced. “I’m empire minded.”

Forrest criticized the product quality, business model and management. He was frustrated by the lack of efficiency, uniformity of product and improper management. He tried to have workers implement his innovations for the business, even without his father’s consent. He didn’t have a title, but he did have a nickname—“Son of Boss,” often shortened to “S.O.B.”

A PARTING OF WAYS

Forrest soon learned his father wasn’t going to give him part ownership. Frank was content with his accomplishments. He had worked hard for them, and had no interest in Forrest’s aspirations and designs for expansion.

Forrest’s response to the refusal was less than diplomatic.

“I told my dad to stick his business up his ass,” Forrest recalled. “If my dad didn’t want to give me a third right then, I said, ‘I’m leaving.’”

They parted ways in 1932. With $50,000 and the foreign rights to Milky Way in his pockets, Forrest moved to the U.K. He set up in a one-room factory and developed a new version of Milky Way, naming it the Mars Bar. It was a best seller immediately. Forrest didn’t plan on giving up his dream for an empire built from a candy business — he just needed to find a new way to achieve it.

FIGHTING FOR HIS FATHER’S KINGDOM

Two years later, Frank died of a heart attack at 50. The company fell into the hands of Frank’s second wife, Ethel Healy, who had no desire to run the business. But she didn’t want her stepson in charge either. Ethel’s brother, William Kruppenbacher, became president. When Ethel died 10 years later, her daughter, Forrest’s stepsister Patricia, kept Kruppenbacher in power.

Patricia was still the majority owner of Mars in the 1960s when she was diagnosed with terminal cancer. By then, all executives trained by Frank had retired or passed away. Low on leaders, Patricia put her husband in charge. It was soon clear that he was inept. Share value plunged. Investors fled. On her deathbed, Patricia agreed to sell Mars to Forrest. He might have been temperamental, even harsh and unlikeable, but he was deeply respected and he could run a business.

So, after three decades of unwavering perseverance, Forrest won by either outliving or outbidding his competitors. Slowly and methodically he purchased piece after piece of his father’s kingdom until it was all his.

By 1964 Forrest finally wore the crown to Mars. The Mars family rift was messy, but it also shaped the company’s philosophy of private ownership. Because of his experience in battling his own family, Forrest was determined not to answer to other stockholders. He insisted on absolute independence in decision-making. In his view, the only way to achieve this level of autonomy was to remain 100% family-owned and debt-free. The Freedom Principle was born.

Mars’s first succession is extraordinary on several levels. Besides its sheer duration (30 years), Forrest didn’t inherit Mars. He bought it. And from his struggle to succeed, Forrest developed an unwavering commitment to the principles he considered vital to sustained success. He was determined to overcome the company’s dysfunctional past. He immediately put Mars’s affairs in order and built it into the efficient empire he always envisioned.

Forrest’s innovations far exceeded those of his father. He invented both the Mars Bar and M&Ms. He bought the patent for Uncle Ben’s Rice. He created a worldwide market for pet food. By 2011 the global pet food industry grossed $63 billion.

When Forrest declared that he was empire-minded, the empire he envisioned went beyond geography. It included a range of products so integral to daily needs that Mars goods would comprise a large part of every pantry on the planet. It appears this dream is being realized. 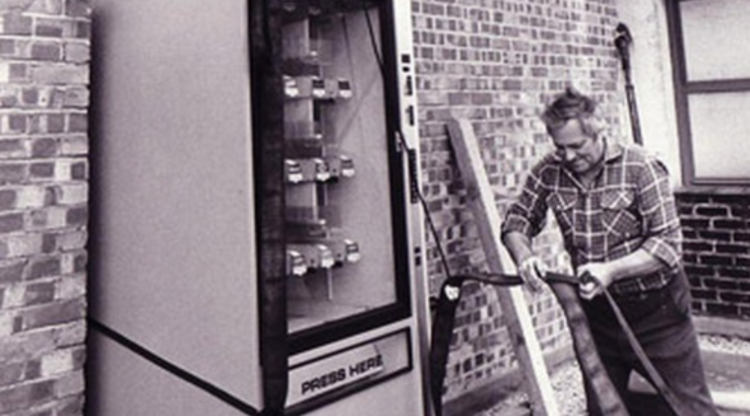 Forrest beat the odds in an unconventional way, but he was determined that Mars would avoid the same chaos and turmoil again. He created a clear succession plan to keep the business fully family-owned, and committed the company to complete ownership freedom.

Forrest was as prepared as his father was unprepared. He carefully trained his children for a neatly organized takeover of Mars, avidly preparing for the company’s future and focused on a need for clarity.

In 1973 he turned over full ownership to the children and walked away, knowing he needed to step aside to grant full control. Annual revenue was at $1 billion, and Mars was debt-free.

Forrest had eliminated private offices and executive lounges, replacing them with a clear corporate culture known as The Five Principles, which govern Mars to this day. Each new hire receives a copy of the Principles, signed with the names of 13 family members. The Principles are all based on Forrest Sr.’s core beliefs and commitment to perfection and success. The company believes the Principles set Mars apart from its competitors.

Forrest’s insistence on maintaining private ownership has continued into the next generation of the family. A condition of their ownership states that John, Forrest Jr. and Jacqueline Mars are not able to sell any part of the company. Forrest Sr.’s granddaughter sits on the Mars board of directors and has adamantly restated his beliefs: “The philosophy of the family and the business is that it’s a family business.”

Mars made it to Fortune’s 100 Best Companies to Work For in 2013. Because Mars isn’t subject to public markets, shareholders or earning reports, employees are allowed longer learning cycles. Because the business is autonomous, employees are empowered to be more autonomous. They take more responsibility and train with more patience.

The payoff? Once people are hired, they don’t want to leave. Turnover is an astounding five per cent — one-third of the national average.

What was once the big idea of the founder’s son — absolute financial independence and ownership freedom — is now the gravitational force that keeps Mars in orbit. Forrest didn’t succeed his father in the conventional way, but his commitment to the core Principles and focus on clear succession transformed Mars into a self-sufficient private empire that thrives today. And it’s well positioned for the future.

Further reading on the Mars family:

December 2019 – Recent media coverage of ‘life on Mars’ has added further commentary to our original profile...

Planning for the next 100 years at Mars Inc.

April 2019 – This interview with current Mars CEO Grant Reid highlights a common (and refreshing) theme we see in many family-controlled enterprises in Canada – a disciplined long-term view of success...